~ Friends are the family that we choose for ourselves.  – Edna Buchanan 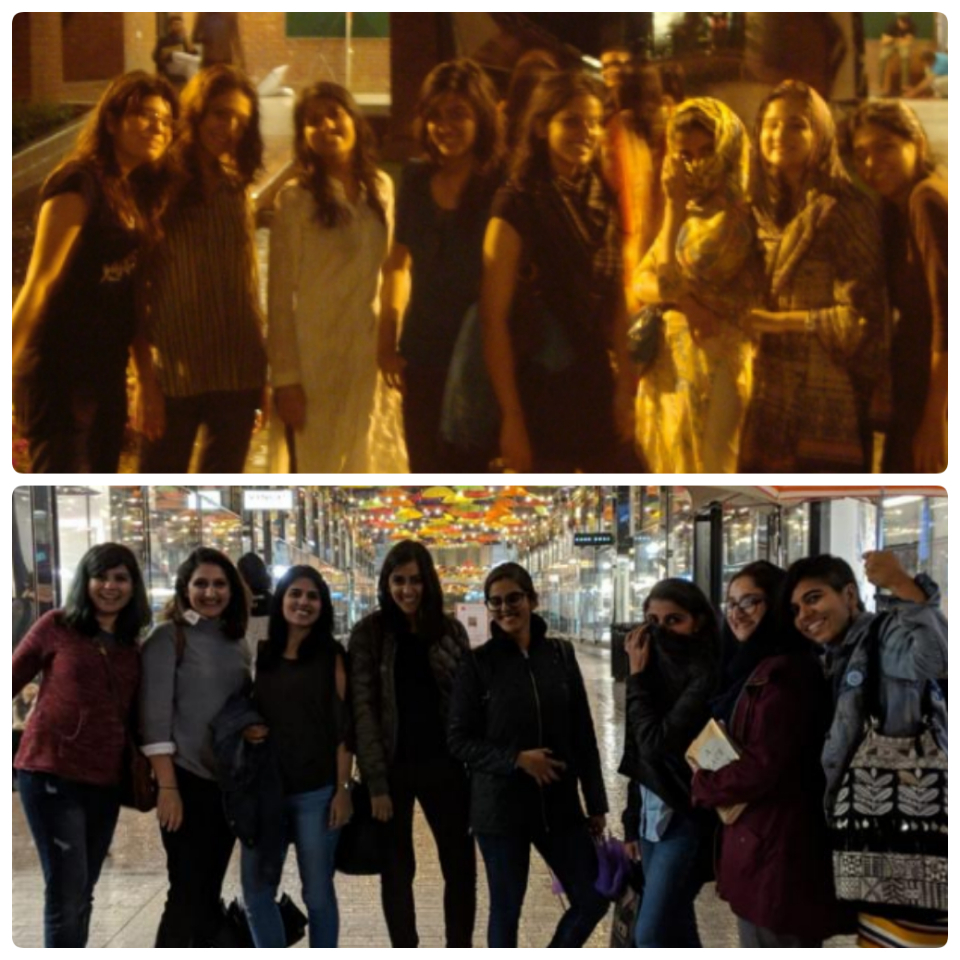 Disclaimer : This is a long post, I would love if you could survive the whole thing without switching tabs, otherwise just scroll though the pictures and enjoy!

About a month and a half back Hasan called me in the morning while i was busy cleaning, cooking and asked if I had checked my mail, when I replied in negative, he said you are going to DC! I was like are you mad?, we cannot afford the trip right now, kids have not stayed away from me for more than 4 hours in a stretch and that it is a really bad idea. My friends had gotten in touch with him and together they planned the whole thing without me getting to know.

Five of my friends from University were getting together in DC (two of them, Saniya and Hoor, live there). I never considered the prospect of making it to the get together because of the reasons stated above. All my other friends do a reunion about once in two years, they have been to Sri Lanka, Spain etc but not being able to leave the kids behind, I never even gave a second thought to the idea.

I was excited, nervous and basically perplexed. Hasan told me that I would leave at 6 am on the 27th of September and be back by 12 am,  28th September,  so it was less than 24 hours and that the kids would be fine. Once my plan was final, we convinced two other friends to join us so it could be all 8 of us together after nine years. We traveled from Canada, Pakistan, Sri Lanka and Saudi Arabia to find out if we were still the crazy people we were 9 years back and oh yes, we had the same frequent pee problems, not the right angle for the picture problems and the list goes on.

Zoey, of course, I was not going to tell anything about my trip to, because she is too little to comprehend. Muhammad, on the other hand, I wanted to inform, but I had started taking a course just a day before and that is when they were without me for five hours for the first time so basically i chickened out and did not tell him (bad bad idea!).

When i left the house at 3 am, the kids were asleep, on my way to the airport I kept thinking about how I should have said good bye. I have a severe flying phobia, if I could I would never take a flight in my life. So the thought of dying in a plane crash, without having said good bye to my kids, was killing me. Hasan is really paranoid about getting to the airport on time so I had a lot of time to kill so I decided to put some makeup on. 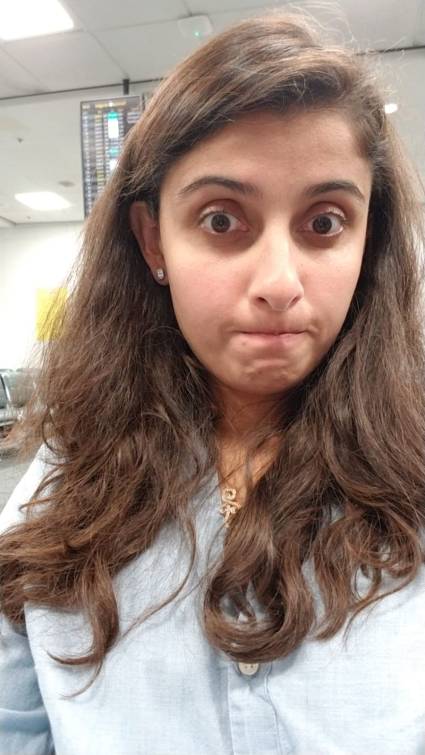 Shortly after Muhammad called me crying, asking where have I disappeared. I tried to calm him down by telling him he can skip school (slow clap at the idiocy) and that I would get him a toy. Then came the time to board the plane and the moment I saw the plane, I swear to God had I not feared 7 of my closest friends disowning me, I would have turned back. I had not seen this tiny a plane before. For a full 75 mins I kept thinking that this plane is going to crash and that my kids will never forgive me for leaving them alone.

Landing at the airport, I felt like a teenager doing something extremely wrong. I had never been away from the kids, so the idea that I was doing something entirely for myself in what felt like forever,  was giving me goosebumps. Anam and Sumera had come to the airport to pick me up, I was meeting Sumera after about four years. We went directly to Founding farmers,where Sahar, Saniya, Hoor and Momi joined us and we started our trip with a mouth watering brunch. 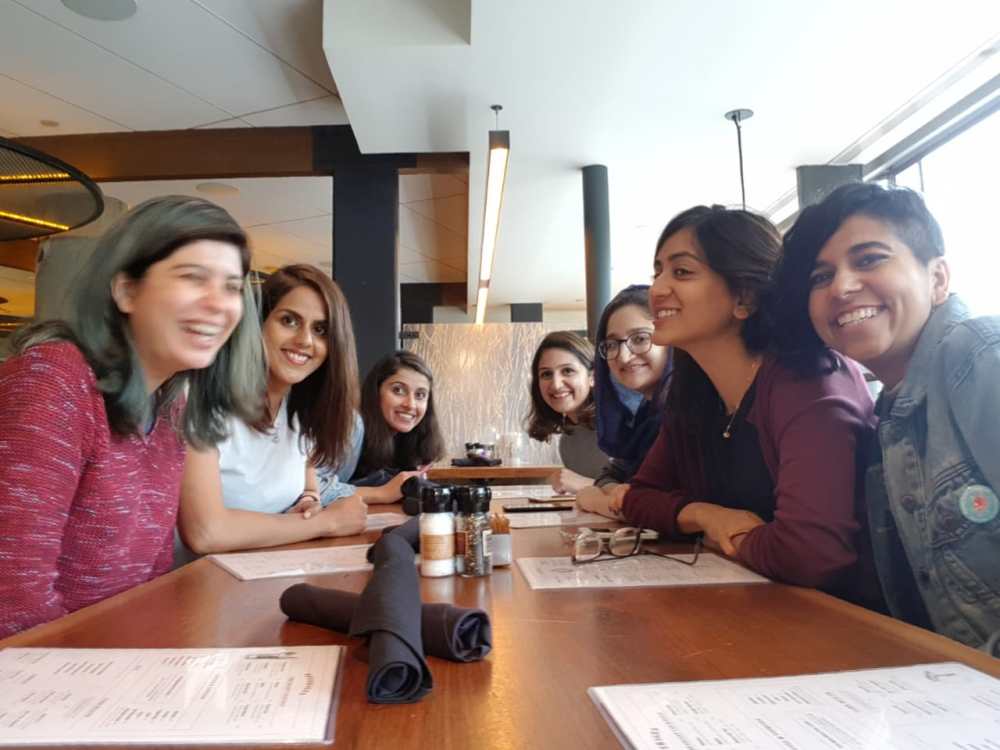 All my friends had been to DC before but it was my first trip so I wanted to do all the touristy stuff (in the 12 hours that I had). So, after the brunch we moved out to see the monuments and memorials. It had gotten cold in Toronto so I found the weather to be beautiful. It was a 30 minutes walk to the White House, and getting to walk without having to push the stroller or making sure that none of my kids run off to the road , felt quite liberating. I would not swap the life that I have for anything but doing something for yourself once in a while is so so important for your sanity, and the saner you are, the better you would be able to raise the kids. 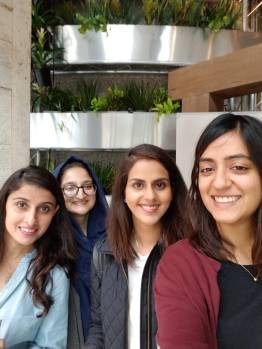 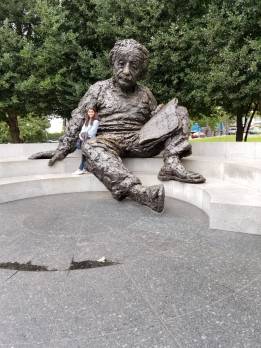 So, we saw the White house, Lincoln Memorial, Washington monument and the Albert Einstein memorial  (which was absolutely adorable). The beautiful weather soon turned into a nightmare and it started to rain so we decided to take Uber/Lyft to Saniya’s place, where we could chill for a bit, before going to Bindaas for some Indian street food. 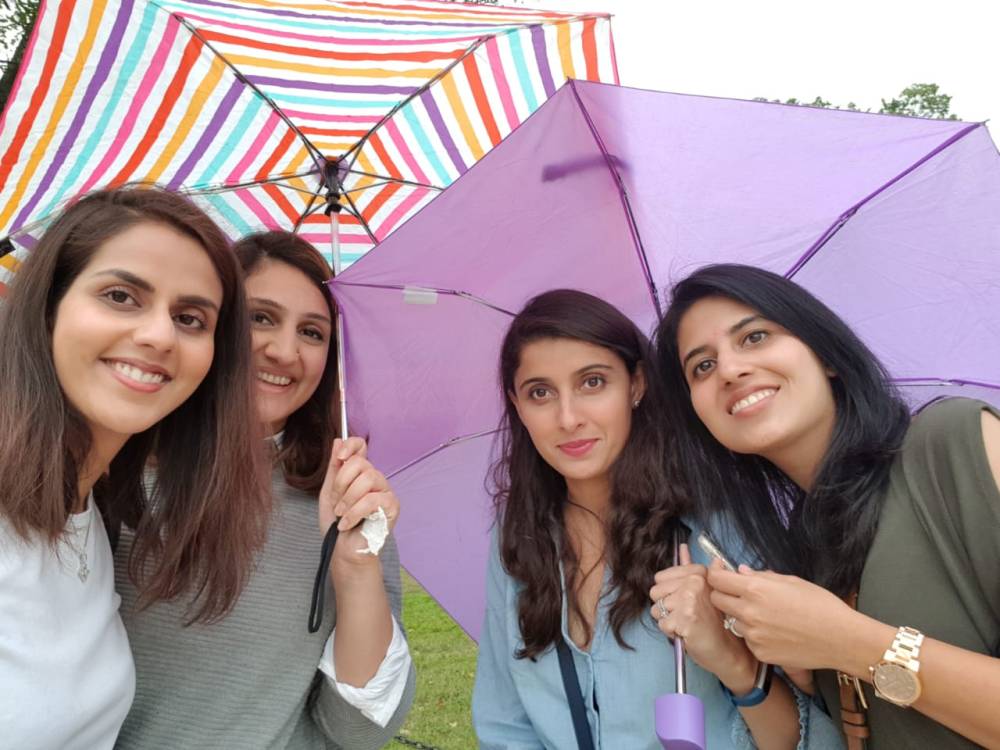 After a small pit stop at Saniya’s, we left for Bindaas, where we had their interesting twist on the usual Indian street food like Avocado Gol Gappas. 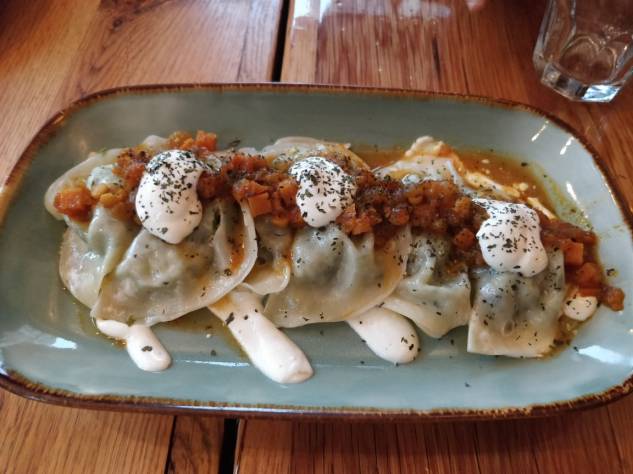 From there we headed out to our final destination, Georgetown, a place I fell in love with. It was beautiful and seemed culturally rich. Seeing the every day brands, that I am used to finding inside malls, in red brick buildings was such a fresh change. We had coffee and then I left with Sumera and Anam to find some toys for the kids. I got a Lego book for Muhammad and Magformers for Zoey. It was such a nice neighborhood to walk around and I hated the fact that it kept raining throughout.

We had dinner at  Bistro Lapis, an Afghani fine dining restaurant. The food was beyond amazing. I am a big fan of chutnies (sauces) and condiments and I will give the place a solid 10 for those. By this time the anxiety of flying back had kicked in so i couldn’t really enjoy the soft serve that we had post dinner. But I loved the concept of that soft serve, they use different kinds of milk to produce their treat. The one I tasted was the breakfast cereal soft serve and it did taste like cornflakes! 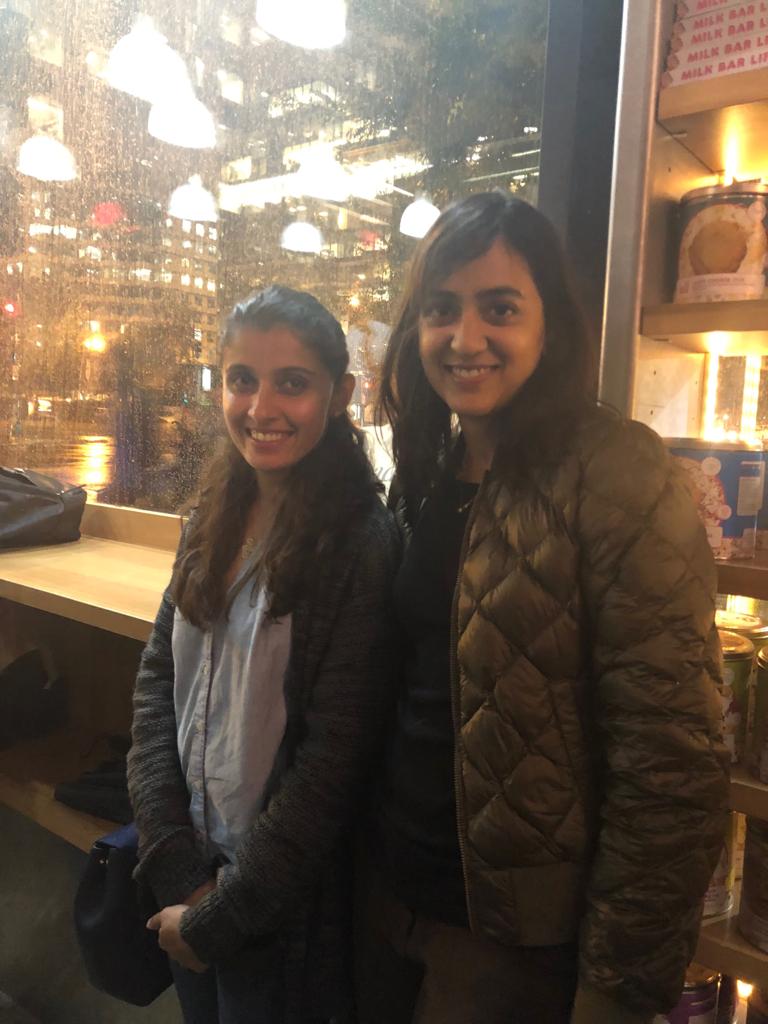 This is the only picture I have with Saniya (my roommate of 4 years at University). After a day filled with lots of pictures , food and gossip, I headed to the airport (not knowing that my flight would be delayed by 3 hours!). The journey back home was not that pleasant, I had not slept in over 30 hours, the flight got delayed and the turbulence during the flight just added fuel to the fire. But I had a trip, I would talk about to my kids, for years to follow!